In this article, we will read up on some important concepts of Object oriented programming. Understanding deeper these concepts make us confidently when utilizing OOAD.

According to Programming pradigm of wikipedia.com, we have a definition of programming paradigm:

Object-oriented programming is a programming paradigm based on the concepts of objects that contains data called as fields, and some logic that is relevant to its fields.

In order to solve our problems with OOP, we can follow some below steps:

Toward the end of the 1970s, Bjarne Stroustrup, who was doing doctoral work in England, needed a language for doing simulation of distributed systems. He developed a language based on the class concept in Simula, but this language was not particularly efficient. However, he pursued his attempt and developed an object-oriented language at Bell Laboratories as a derivative of C, which would blossom into one of the most successful programming languages, C++. The language was standardised in 1997 by the American National Standards Institute (ANSI).

The 1980s saw the development of several other languages such as ObjectLisp, CommonLisp, Common Lisp Object System (CLOS), and Eiffel. The rising popularity of the object-oriented model also propelled changes to the language Ada, originally sponsored by the U.S. Department of Defense in 1983. This resulted in Ada 9x, an extension to Ada 83, with object-oriented concepts including inheritance, polymorphism, and dynamic binding.

The 1990s saw two major events. One was the development of the Java programming language in 1996. Java appeared to be a derivative of C++, but many of the controversial and troublesome concepts in C++ were deleted in it. Although it was a relatively simple language when it was originally proposed, Java has undergone substantial additions in later versions making it amoderately difficult language. Java also comes with an impressive collection of libraries (called packages) to support application development. A second watershed event was the publication of the book Design Patterns by Gamma et al. in 1994. The book considered specific design patterns (23 of them) and provided general approaches to solving them using object-oriented constructs. The book (as also the approach it advocated) was a huge success as both practitioners and academicians soon recognised its significance.

The last few years saw the acceptance of some dynamic object-oriented languages that were developed in the 1990s. Dynamic languages allow users more flexibility, for example the ability to dynamically add a method to an object at execution time. One such language is Python, which can be used for solving a variety of applications including web programming, databases, scientific and numeric computations and networking. Another dynamic language, Ruby, is even more object-oriented in that everything in the language, including numbers and primitive types, is an object. 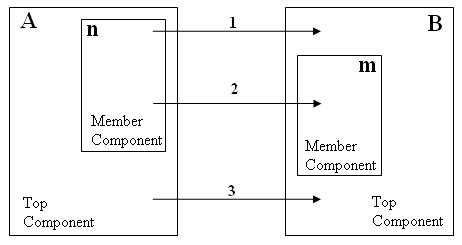 In turn, dependencies among these components are defined on different granularities as well.