In this article, we will find something out about SOAP webservices, how to use it, and some its disadvantages and advantages.

According to the definition of SOAP on wikipedia.com, we have:

Understanding about the structure of SOAP API

How the client and server interact through SOAP API

Below is an image to describe this relationship. 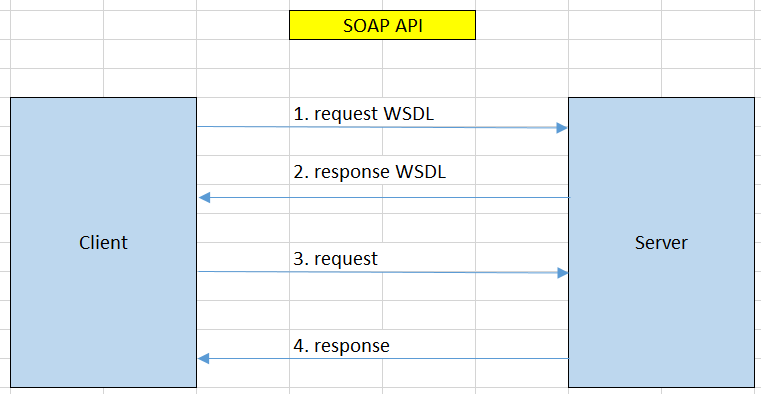 Based on an above image, we can have some steps:

The comparison between RESTful webservice and SOAP webservice