When working with Java applications, reading and writing data to a relational database is a must-have skill that we need to know. So, in this article, we will learn how to connect our java application to database based on JDBC.

How to connect a JDBC driver to the database 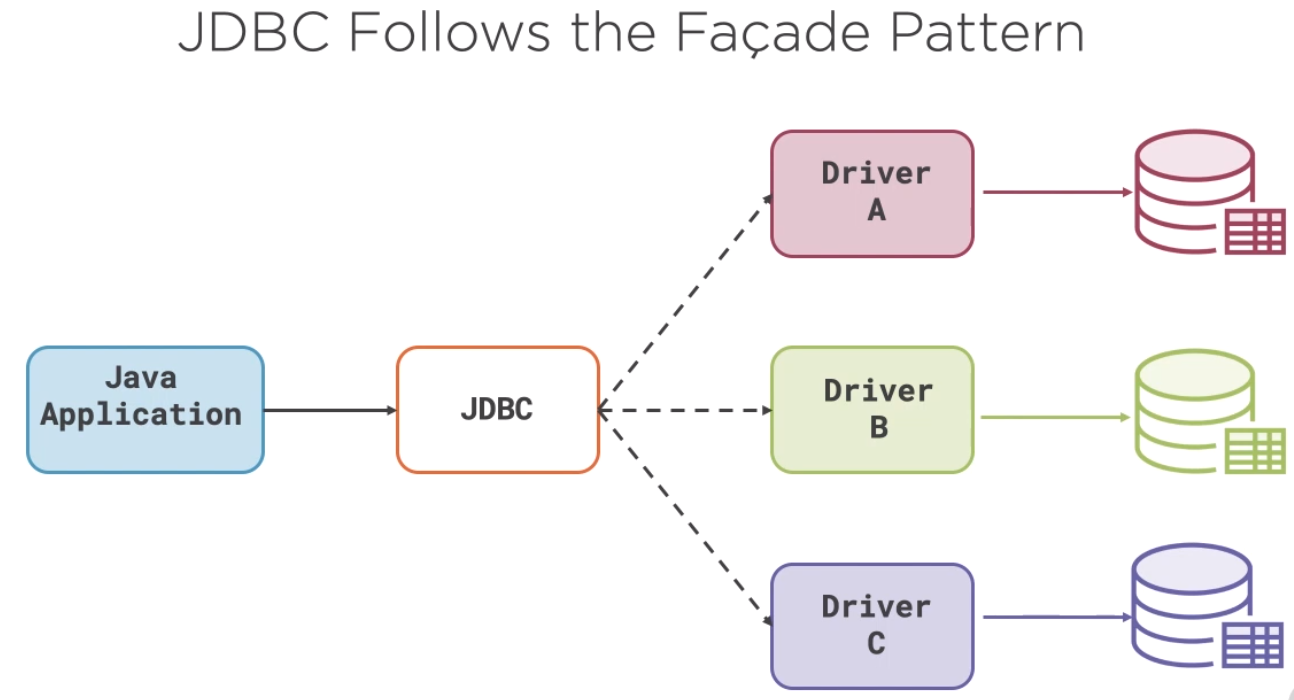 JDBC exemplifies the facade pattern in which the real workings of the specific implementation are hidden behind the standard JDBC API. The JDBC API is always backed by a vendor-specific code generally called by the driver. 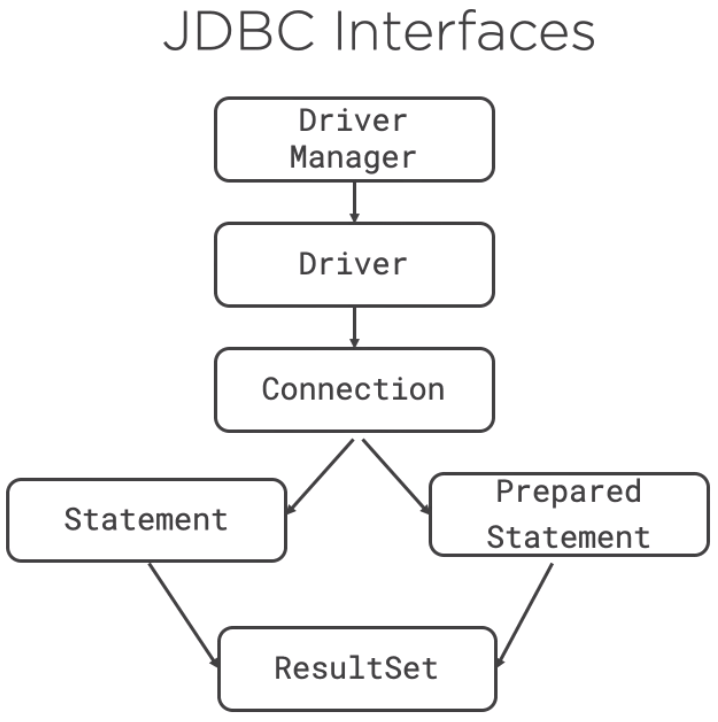 There are several JDBC classes and interfaces that are used by most JDBC applications. These includes the DriverManager, which maintains a registry of drivers, which are the vendor’s implementation of JDBC, the Connection object which represents the actual connection to a relational database.

The Statement and PreparedStatement types which encapsulates the SQL command we want to execute, and the ResultSet which represents the data returned by our SQL command.

There are different ways to connect depending on the circumstances. In this section, we will cover some connection methods:

When we create a JDBC connection, we do so by giving JDBC a set of properties which consist of a URI identifying the specific driver needed, as well as username, password, and other vendor-specific properties. This operation is performed by the DriverManager when calling the getConnection() method. Since we’re using the MySQL database, we will use the driver provided by MySQL, which is called Connector J. We can tell JDBC to use the Connector J driver by passing in a URI specific to that driver like the following code.

The driver documentation will tell us what this URI should be, but in most cases it follows the pattern of the JDBC schema, which is:

Each relational database vendor provides their own version of the JDBC driver, but all of them must conform with the interfaces and abstract classes defined by JDBC. At runtime, the JRE will load the vendor-specific driver, so that the JDBC API calls us make will be carried out by the underlying driver. The JRE will look at all of the registered JDBC drivers to determine which one matches the URI used to get the connection and we’ll instantiate that driver and pass it any other properties specified in the URI.

The question we might be asking is how to we register the vendor’s driver. 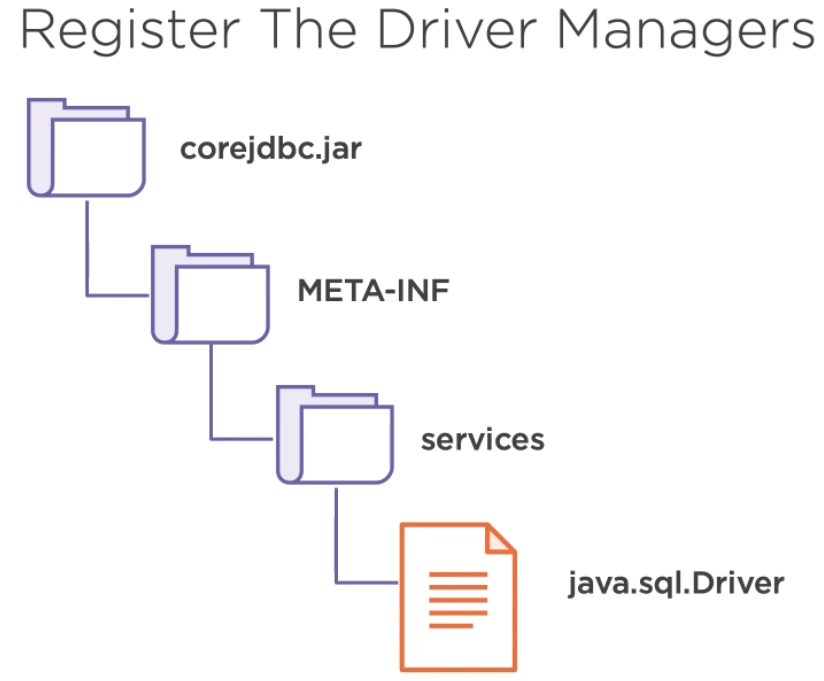 At runtime, the JRE will look into the jar files, META-INF services directory and look for a file name java.sql.Driver which lists the vendor-specific JDBC drivers that will be available at runtim.

Prior to the JDBC 4, which was introduced with Java SE6, there was an extra step that was required when creating a JDBC connection. The vendor’s driver had to be explicitly loaded prior to being used. This was done using the Class.forName() method.

Until JDBC 4.0, we had to do this if we wanted to load a specific JDBC driver. When the Class.forName() method was executed, it would trigger the class loader to look for that driver and load it. In the process, a static code block in the Driver class was executed that registered the driver with the DriverManager. It was clunky, and when Java services were introduced in Java SE6, the Class.forName() was dropped in favor of listing the drivers and the java.sql.Driver file under the META-INF services directory.

So, if Class.forName() is only used with JDBC drivers predating 4.0.

If we’re doing development in Java EE, then we will probably be using the JDBC DataSource object instead of the DriverManager to get our connections. The DataSource type was introduced in JDBC 2.0 and first employed in the Java 2 Enterprise edition, the precursor to Java EE 6. The purpose of the DataSource object was to further abstract and encapsulate the process of obtaining a database connection. 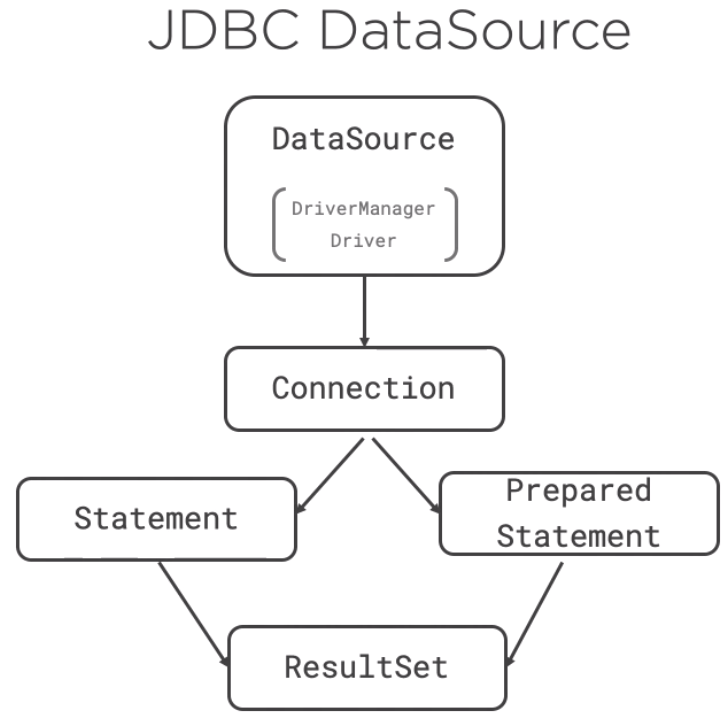