In this article, we will learn how to use Command pattern. Let’s get started.

Assuming that we are working in GUI application, we have multiple menu items, context menus, or buttons in toolbars in our apps. Normally, we will do something like that:

We coped with about hard-wired request:

According to Gang of Four’s definition, we have:

Below is the class diagram of Command pattern: 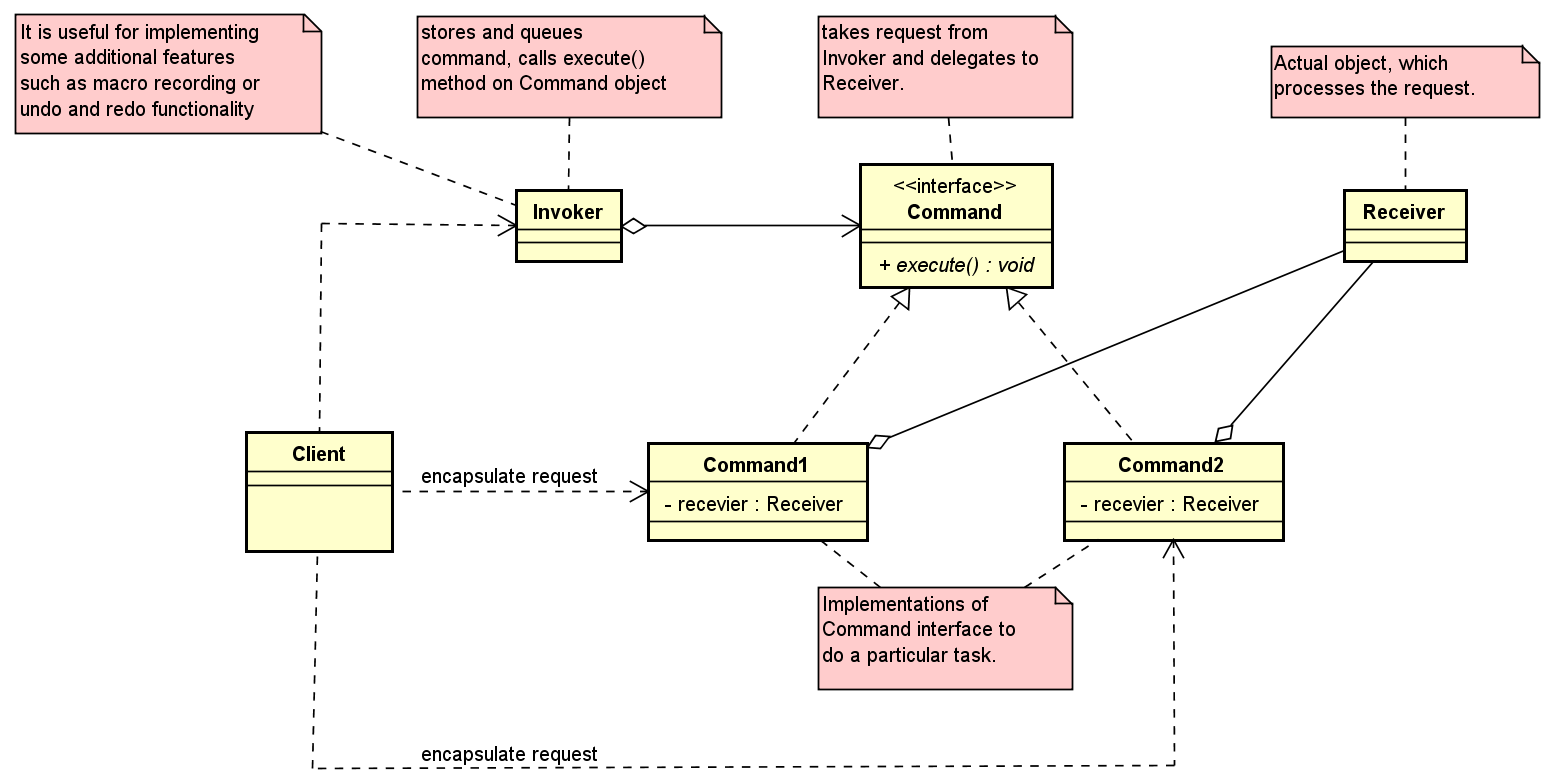 To refer this pattern’s code, we can read this link.

Relations with other patterns