In this article, we will find something out about Clean code with Exception Handling. It is really useful when to utilize in our program. It helps us quickly to find bug …

In Java, we have a lot of exceptions, 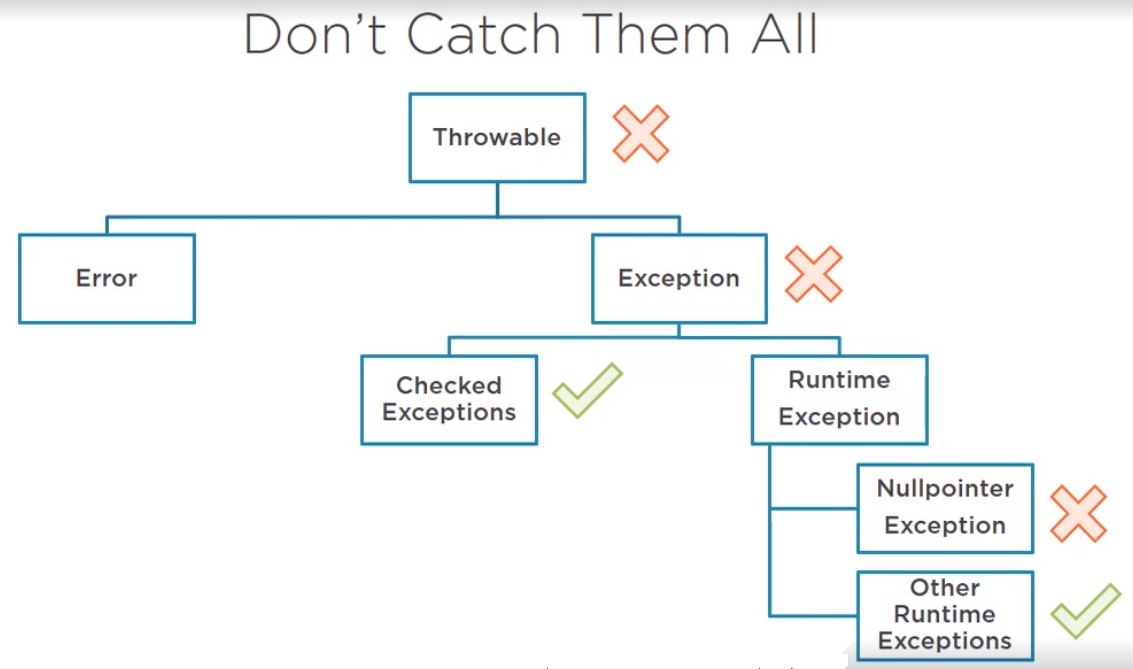 Catch block should not:

Catch block exists on purpose for a reason. So do not leave it empty and do not add comments saying something like this should never happen.

And do not return null.

Ignoring exceptions is bad, but filling it up with code is not helpful.

Printing the stack trace or the message of the code exception does not do anything extra. We should have that information anyway. What we want to do instead is log the exception using a logging framework.

The useful things to do inside the catch block is:

When we investigates a bug, it is difficult to know that the cause, because we have two places that leave two exceptions.

Therefore, we need to not throw exception in finally block.

In Java 7 or higher, we should use try-with-resources statement, which can handle cleanup for us.