In this article, we will dive into the MVC architectural pattern, to see how it works, … Because so many frameworks that use it, understanding mvc pattern will help you work with them confidently.

Back in the 70’s, GUI applications or desktop applications is popular. Normally, they have two main responsibilities:

So, the View and Logic will be always tightly coupling. We always have to take care everything when we change controls in the View. View and Logic do not develop parallel.

So, the presentation part is made of the two remaining elements: View and Controller.

Finally, the logic part or the relavant to domain element is referred to as the Model.

According to MVC pattern in wikipedia.com, we have the definition of it:

This pattern was originally designed by Trygve Reenskaug during his time working on Smalltalk-80 (1979) where it was initially called Model - View - Controller. MVC went on to be described in depth in 1995’s Design Patterns: Elements of Reusable Object-Oriented Software, which played a role in popularizing its use.

Below is the image about MVC pattern: 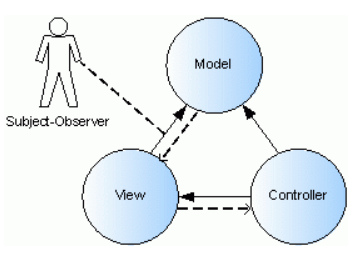 In contrast, the View knows exactly what kind of model it observers. It has a strongly typed pointer to the model that allows it to call any of the Model’s functions. The View also has a weakly typed relationship with the controller. The View is not tied to a specific type of controller, which means that different types of controllers can be used with the same View. 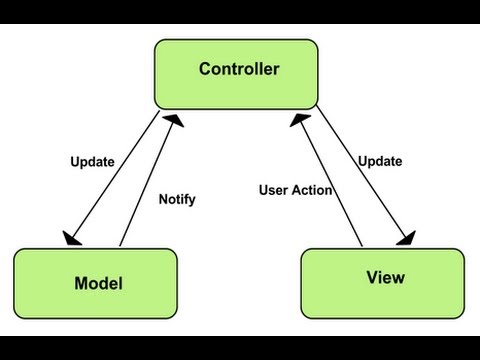 We can see that View and Model do not relate together. All actions between them must go through Controller.

Source code about MVC pattern, we can referrence from this link https://github.com/DucManhPhan/Design-Pattern/tree/master/Architectural-pattern

The author of MVC pattern explains it

When MVC pattern not use