In this article, we will understanding about what is stream, and how to use stream in Java 8. Usually apply stream in java 8 makes our code understandable, maintainable, …

What is Stream in Java 8?

Normally, we will use Collections framework to handle data. Though this framework enables a user to handle data quite efficiently, the main complexity lies in using loops and performing repeating checks. It also does not facilitate the use of multi-core system efficiently. So, Stream will deal with this problem.

A Stream is a series of different elements that have been emitted over a time period. Streams are like an array, but not an array. They do have distinct differences. The elements of an array are sequentially arranged in memory, while the elements in a Stream are not. Every Stream has a beginning as well as an end.

In order to understand about stream, we can give an example:

Have you ever sat on the banks of a river or flowing water and put your legs in it? Most of us have at least once enjoyed this peaceful experience. The water moves around our legs and moves ahead. Have you ever observed the same flowing water passing through your legs twice? Obviously, not! It’s the same when it comes to Streams. 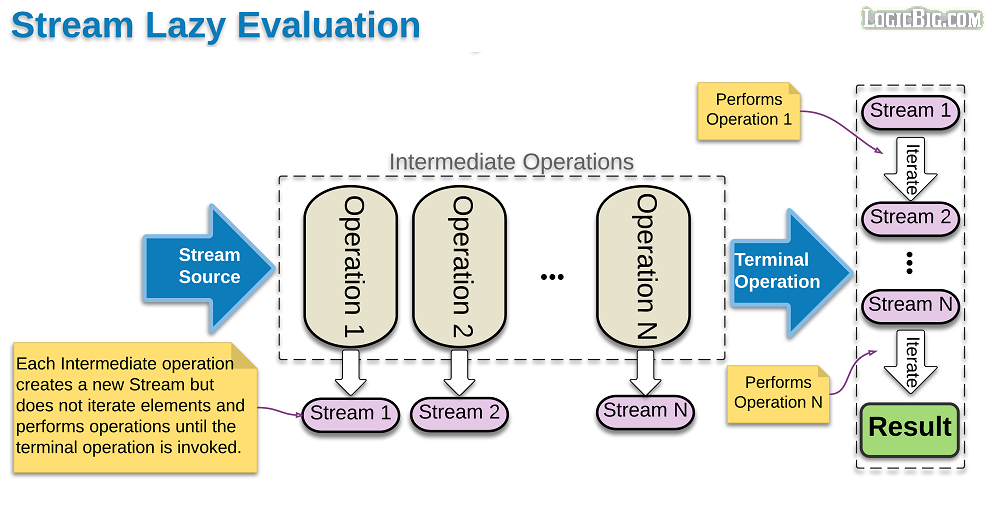 From an above image, we can have some conclusion about the way that Stream works.

To understand deeper about Stream, we can get an example.

Then, we have a result of the above example.

Some ways to create Stream

The differences between Streams and Collection

In order to understand deeper about how stream runs in Java 8, check source code out on Stream-java-8.

The difference between map() and flatMap() methods

Stream Java 8 under the hood

Some interesting ways to use Stream Java 8