When we want to improve the performance of system, there are many ways to enhance performance such as architecture design, optimization algorithms, … But we can immediately think about multithread at first.

So, in this article, we will find something out about multithreading in C++, how to know difference between process and thread, how to create thread in C++, …

Before, going deeper into multithreading, we need to understand about the concept - process.

According to the wikipedia.org, we have the definition of thread:

A thread can contains all this information in a Thread Control Block (TCB): 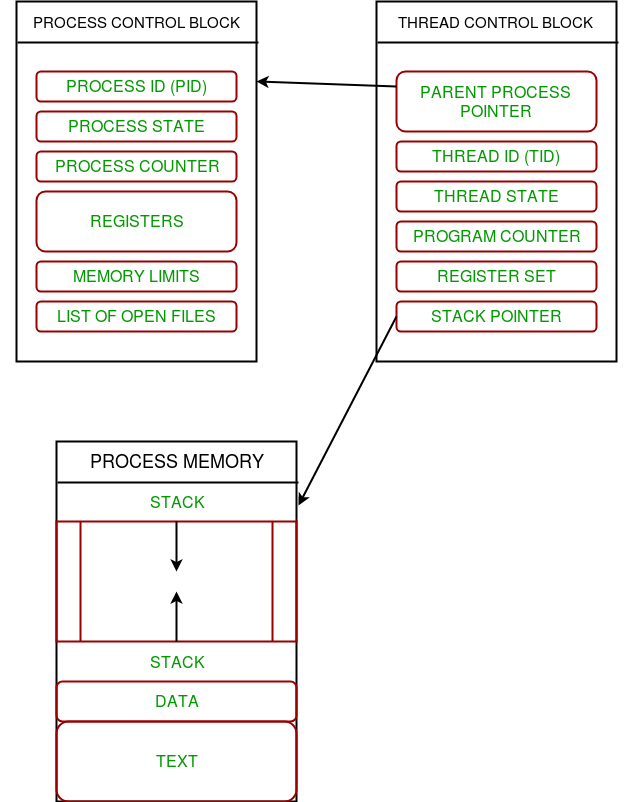 The difference between process and thread

Below is a table that describe the difference between them.

–> Once we’ve started our thread, we need to explicitly decide whether to wait for it to finish (by joining with it) or leave it to run on its own (by detaching it). If we don’t decide before the std::thread object is destroyed, then our program is terminated (the std::thread destructor calls std::terminate()).

And we have a difference between using mutex and join() method:

Transferring ownership of a thread

According to en.cppreference.com, we have information about join() method:

So, in reality, when using join() method, current thread will be blocked until thread identified by *this finishes its execution, do we need to use mutex.lock()?

Since std::cout is a shared resource access and use of it should also be mutex protected too.